For the first time in over a year, actors and actresses took the stage at San Marcos High School to put on the vibrant show of Mamma Mia! The Musical. Shannon Saleh, the talented cast, and the fantastic tech crew have been working non-stop to make this show a reality. From the moment the stage lit up, to the final bows, the audience was drawn in with a moving storyline, familiar songs, exciting dance numbers, and the marvelous cast making the Greek Theater come to life. For many seniors this was their last show at San Marcos and for freshmen this was their first taste of high school theater. Regardless of where they stood, each member came together to make this beautiful musical a possibility and to bring some joy to the audience.

“This musical is gonna be something near and dear to me for a long time,” said senior Mckenna Gemberling.

Mckenna took on the role of Sophie in this year’s production. With powerful vocals and a captivating performance, the casting choice could not have been more perfect.

“This show has taught me so much” said Mckenna. “Getting to share this journey from my character’s perspective, and all Sophie’s wants for unity and togetherness, is something we really need right now during Covid. I have been so grateful for the opportunity to play Sophie in the one of the first live productions in Santa Barbara since this pandemic started. At the beginning of this process our whole cast and directive team weren’t sure if we would get to a live production. With starting rehearsals online, learning music, choreography, and doing scene work. This process has definitely had its challenge but everyone has come together to rise to the occasion. The pressure and the excitement has been building up over the last few weeks with rehearsals from 5pm-12am, working with costumes, moving on set pieces, tech, getting through the show each night, going to school the next day, and repeating the process. But I’m so happy with all the work the cast, crew and directors have put in to make this show happen!”

Leading alongside Mckenna was senior Rachel Henderson in the awe-inspiring role of Donna. With such big shoes to fill, to put in simple terms, Rachel nailed the performance and had the audience laughing, beaming, and cheering at every turn of the show.

“Mamma Mia has been such a weird and amazing experience” said Rachel. “Starting the process on Zoom was very difficult, although all of our directors did an amazing job of helping us learn the show. Being able to reconnect with the full cast, despite COVID, has been so rewarding. I love getting to know all the new freshmen and I’m so proud of all the work they’ve done! This show has been surreal to say the least. Donna is such an iconic role, I’d be lying if I said I wasn’t terrified of taking her on. Throughout rehearsals I’ve learned so much about myself that Donna has become just as much a part of me as I am her. While I’m sad that this is my last show at SM, I’m so grateful to everyone in Mamma Mia who have come together to make it the best!”

Senior Carson Pallad also is facing his last role for the San Marcos Theater Department. In the role of Sam Carmichael, Carson accurately portrayed the devoted, lovable character through beautiful solos and quick-witted lines that caught the audience’s affection.

“This show has meant the world to me,” said Carson. “Everyone in the cast and crew is so dedicated and clearly passionate about their art. The work we’ve put into rehearsals has really begun to show in our performances and I couldn’t be more grateful to have such a talented cast to work with. It’s clear to me that this theater program will live on strong for many years to come.”

Just from watching the show, it is very clear that the cast, directors, and stage crew put so much effort and dedication into making this show a success. Not only did the performance bring so much joy to the audience, but also fulfillment to the seniors. Once again, Shannon Saleh has brought another fantastic show to San Marcos. Be sure to show your support and love to our theater department! 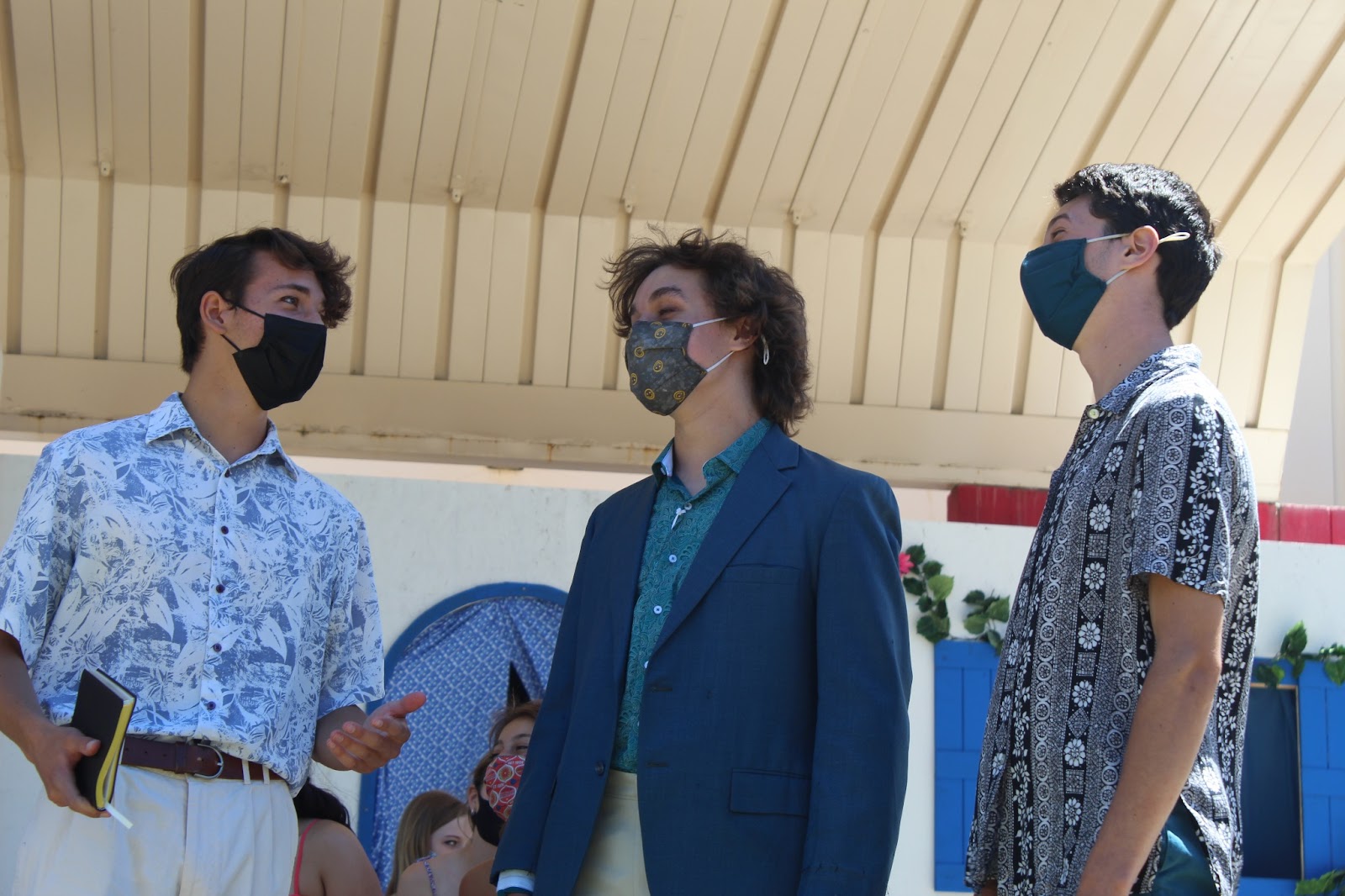 Katy is a junior at San Marcos High School…