A Swimming Start for Boys Waterpolo

The San Marcos varsity boys water polo team is off to a great start this season and is eyeing a CIF title. Their overall record this season is 7-5, but they are a much stronger team than this record shows. They are in Division 2 of CIF, and have destroyed every D2 team that they have played. Other than the four D2 teams they have competed with, they have played against eight Division 1 teams. They have beaten three of them, showing off their strength as a D2 team. Of the five losses, one of them was against #1 team in the country, Huntington Beach. With a strong start to the season, the team is excited to continue their success and give themselves a chance to win CIF.

Charles Franzen, a junior, is a driver on the team which means that he plays every position. He plays wherever he needs to be and is one of the top players on the team. His passion for the sport is evident when talking to him.

“I love the physicality and pure endurance it takes,” said Franzen. “I don’t think any other sport can match the pace of water polo.”

Franzen is confident in the success of the team this season. When asked what he was most looking forward to this season, he responded: “Winning.”

Goalie Chris Vannier is competing for the second year on the varsity team. He has grown up playing water polo and he really enjoys the sport saying that it keeps him in great shape. He also loves being goalie and feels a sense of pride in making saves.

“It feels good to be the last line of defense.” Said Vannier. “When they shoot the ball and I block it, it feels really good.”

The team is filled to the brim with talent and confidence. While they have had many of their central players from last year graduate, new players are rising up to replace them.

“We lost a lot of core players from last year’s team,” said Vannier. “The younger guys are stepping up making it possible for us to continue on with our winning.”

With COVID restrictions being lifted for the most part this season, travel tournaments are possible again. The players are excited to be able to compete again, especially in these bigger tournaments. Speaking of tournaments, good luck to the team as they compete in the Villa Park Tournament which will finish up this weekend. Go Royals!

HUGE congratulations to our two Channel League Champions for wrestling, Jacob Dominguez and Angel Estrada! Jacob was also named MVP of the lower weights!!
Still feeling hypey from that epic win over the Dons and our dominant win over DP in girls H2O polo, but need to shout out our JV Boys BBall squad for wrapping up an undefeated season. 23-0 is SERIOUS! Future is bright at SM!
"You can have anything you want if you are willing to give up the belief that you can't have it." --Dr. Robert Anthony
Great win by Boys Hoops over the Dons 61-50! Fun day with great crowd and great rally! On to @cifss @socaliford Championships!
Undisputed Channel League Champs!! Let’s Go!!!! 👑🔥❤️💙
Royals beat Rio Mesa 69-34. 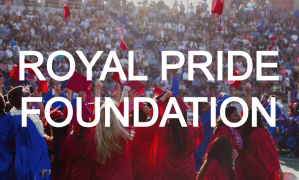